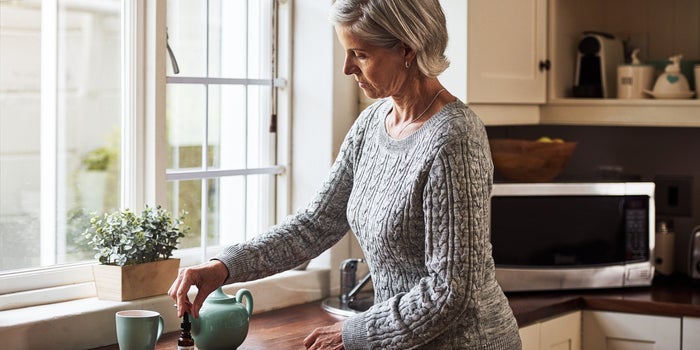 Does CBD Have Anti-Aging Benefits?

Cannabinoids (CBD, CBG, CBN, THC) are known to provide all sorts of benefits for seniors, from relieving arthritis pain and inflammation to strengthening and improving brain function. But there is another critical benefit that cannabinoids offer seniors, and it has a lot to do with the aging process. Let’s explore.

The human body has an Endocannabinoid System (ECS), which means that we naturally produce cannabinoids (this is why they are called Endocannabinoids as in “within” ). Cannabinoids are also found in hemp and marijuana plants (called Phytocannabinoids).  Most importantly, both types of cannabinoids function the same way and provide similar health benefits in the body.

The ECS is responsible for keeping our body in balance (called “homeostasis”) with the help of the cannabinoids. Think of it as the body’s command center that keeps us humming along like a well-oiled machine. It controls all of our physiological systems – the nervous system, digestive tract, brain, hormones, immune system, bones & skin, liver, and heart.

As the body ages, the ability to produce cannabinoids declines and causes an unbalanced endocannabinoid system (ECS). It becomes unhealthy and susceptible to illness and disease. The more severe the condition, the higher the level of ECS dysfunction.

Related: I Had A CBD Facial To Help My Skin Disorder. This Is What Happened.

How cannabinoids work In our body

When the ECS is functioning correctly, it can purge your body of basic ailments, such as a fever, by sweating or widening the blood vessels to release heat.

On the more serious side, when cannabinoid production declines and ECS dysfunction kicks in, deterioration of the brain is accelerated and can cause dementia, memory loss, or Alzheimer’s disease.

As you can see, our body needs cannabinoids to maintain a healthy balance- whether it’s through the body’s production or plant-based.

Can common conditions the elderly suffer from, like diabetes, Parkinson’s, arthritis, high blood pressure, gastrointestinal issues, and more, get remedied through cannabinoid supplements? Scientific research suggests this could be true.

Are we treating illness with pharmaceuticals to alleviate the problem when we can go to the source and balance the ECS with cannabinoid therapy? Doctors prescribe vitamin supplements when a patient has a deficiency. Why not cannabis as a supplement?

Research into the endocannabinoid system is relatively new, but the studies done so far show great promise for plant-based health remedies.

Soon, doctors will be able to look at a person’s DNA and identify which cannabinoid is causing a deficiency in their ECS, and prescribe the ones needed to regain a healthy balance. Just think about what the future holds for treating serious illnesses in our elderly if this is true- Are we on the verge of a medical breakthrough?