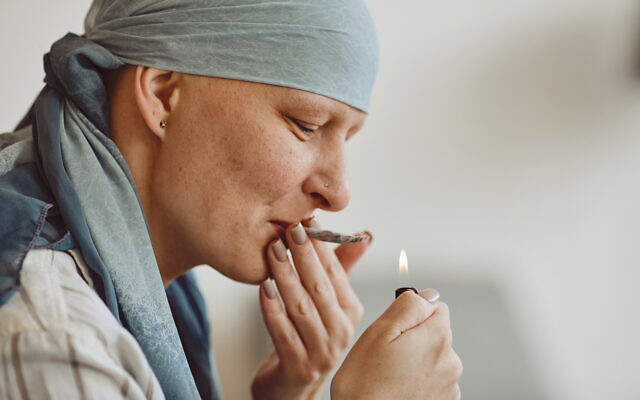 Popular cancer drug damages nerves in 70% of patients, but when cannabis is taken before treatment, that figure drops to 25%

Cannabis can counter some of the worst side effects of chemotherapy, Israeli doctors believe.

They monitored 500 chemotherapy patients, and found that nerve damage, a common side effect, manifests itself far less among those who take cannabis.

Their peer-reviewed study involved patients treated with the common cancer drug oxaliplatin, which is used to treat advanced cancer of the colon and rectum. But the researchers believe their finding will prove relevant for various other chemotherapies that trigger nerve damage.

Around 70 percent of patients treated with oxaliplatin have neurological side effects, which range from tingling in hands and feet to loss of sensation and an inability to feel fingers and toes. “This can be very challenging for patients, and take months to subside,” said Dr. Ravit Geva of Tel Aviv Sourasky Medical Center.

Among patients taking cannabis, only 40% had side effects.

The cannabis users started taking the drug at different points, but those among them who were taking it before chemotherapy had a particularly low incidence of neurological side effects: just 25%.

“This is a very significant reduction, and indicates that cannabis may address a major issue faced by cancer patients who receive chemotherapy,” Geva, who conducted the study along with medical resident Barliz Waissengrin, told The Times of Israel.

Cannabis use is common and legal among cancer patients in many parts of the world, including Israel. It is normally prescribed for pain management, but Geva said her study indicates it could prove valuable for countering some side effects of powerful cancer drugs, especially nerve damage, for which no other treatment has been identified.

She said further research is needed, including studies of other chemotherapy drugs used to treat gastrointestinal cancers. If it pans out, she said, cannabis could be shown not only to improve the quality of cancer patients’ lives, but also to allow more effective treatment.

“Cannabis administration before the start of oxaliplatin treatment can allow for higher doses of treatment without the development of nerve damage,” she said, suggesting that milder side effects could open up possibilities for higher doses and therefore stronger treatment.